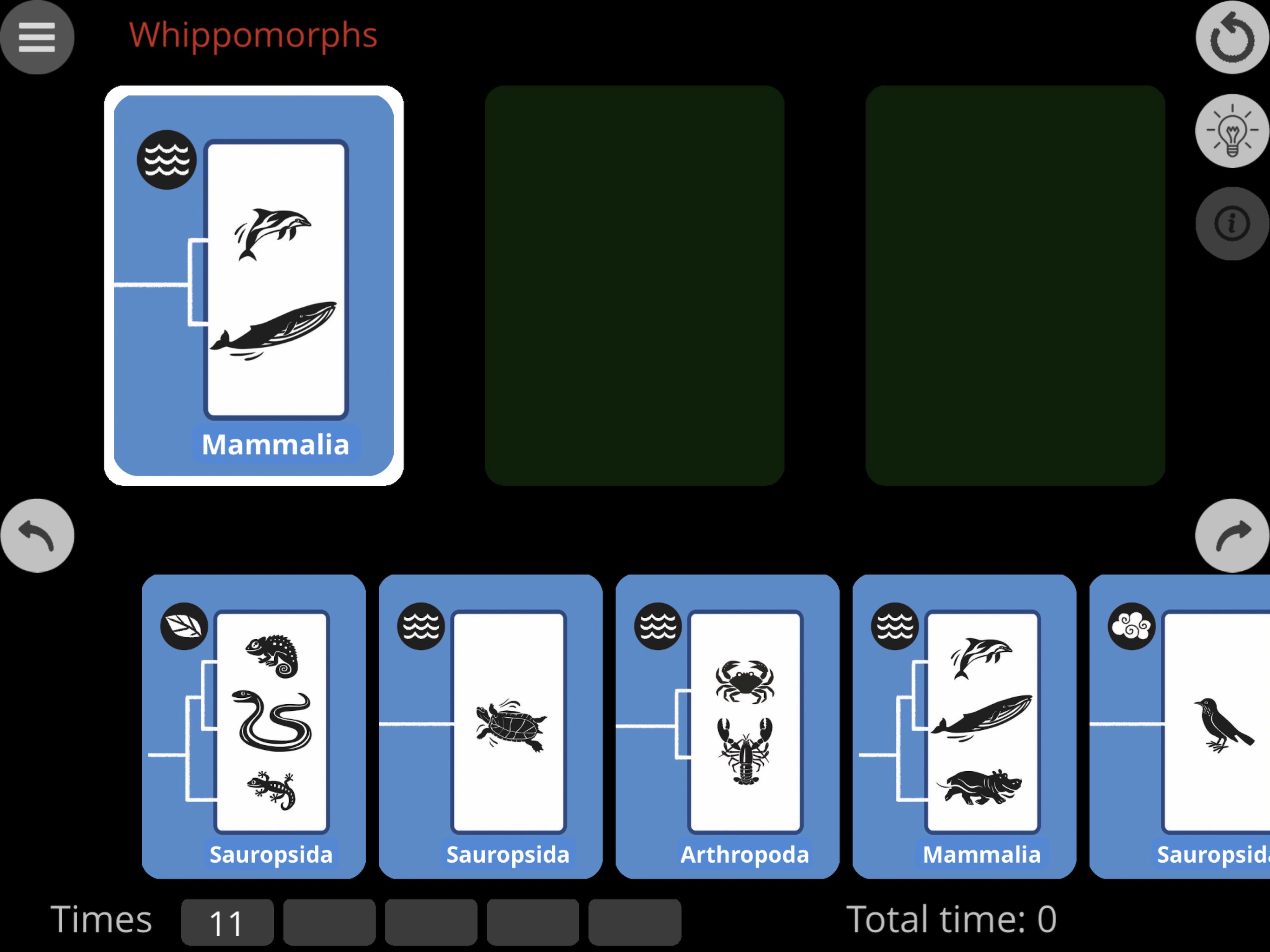 Clades Solo at the start. 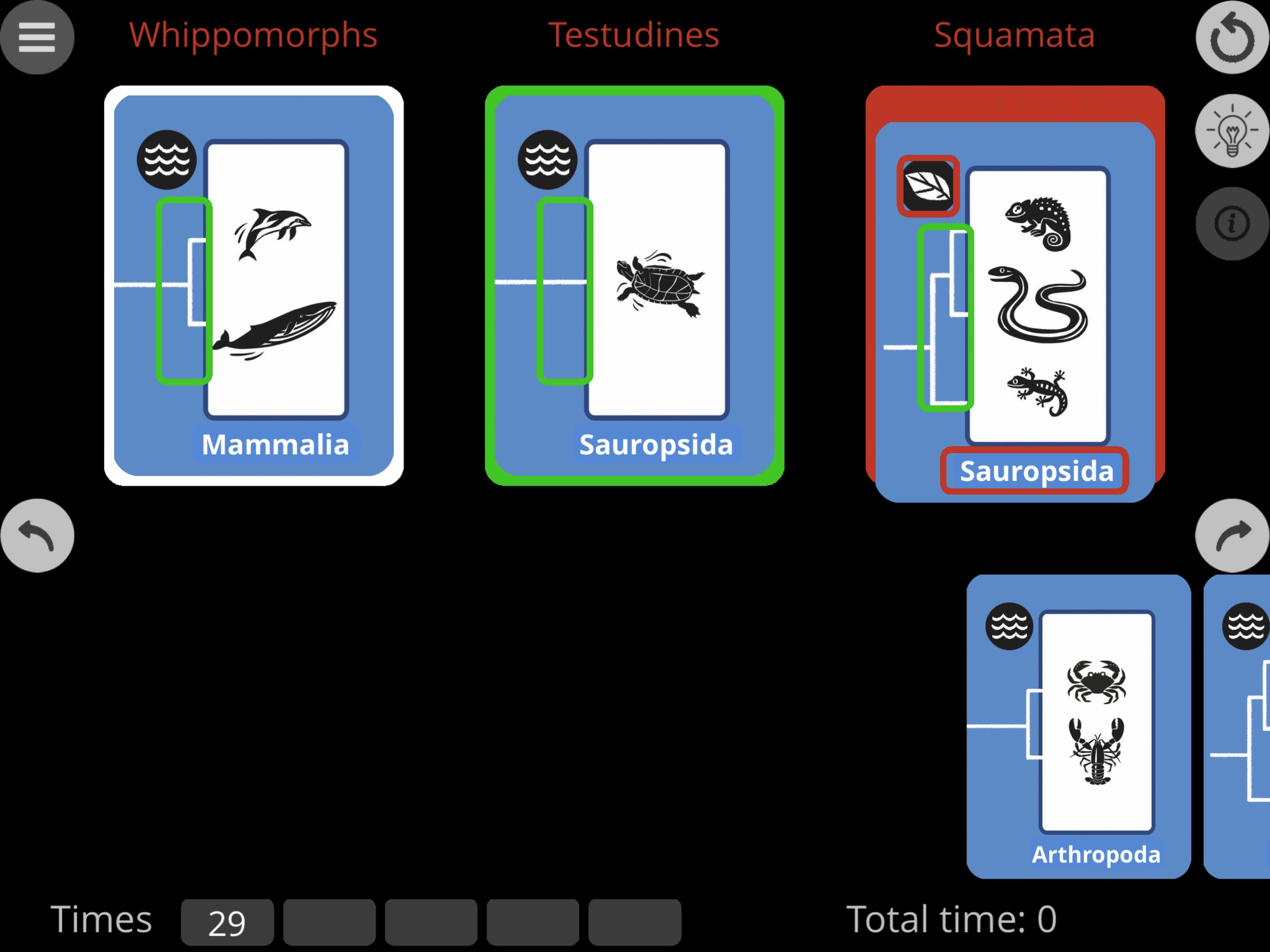 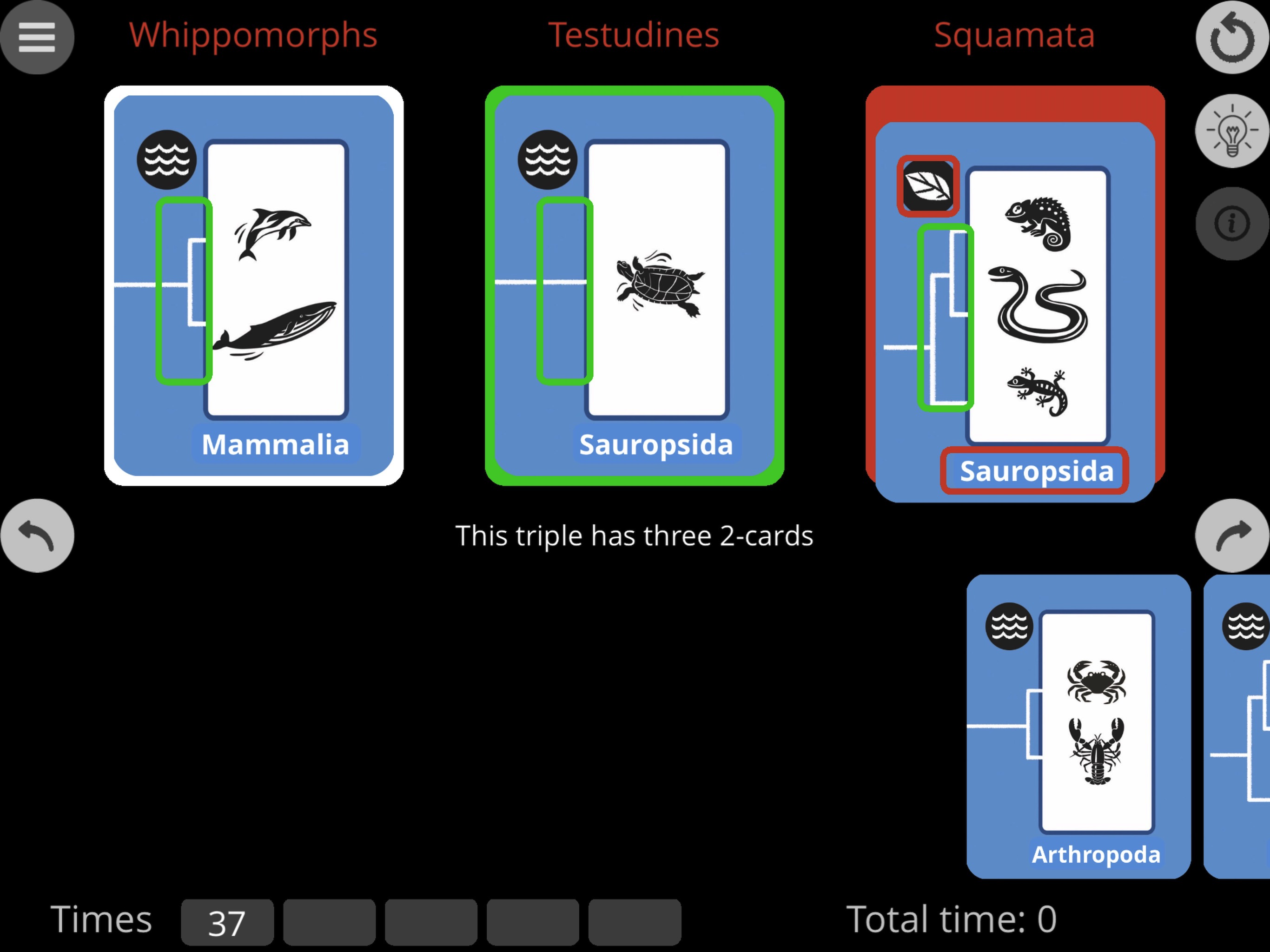 Context-sensitive hints are available any time. 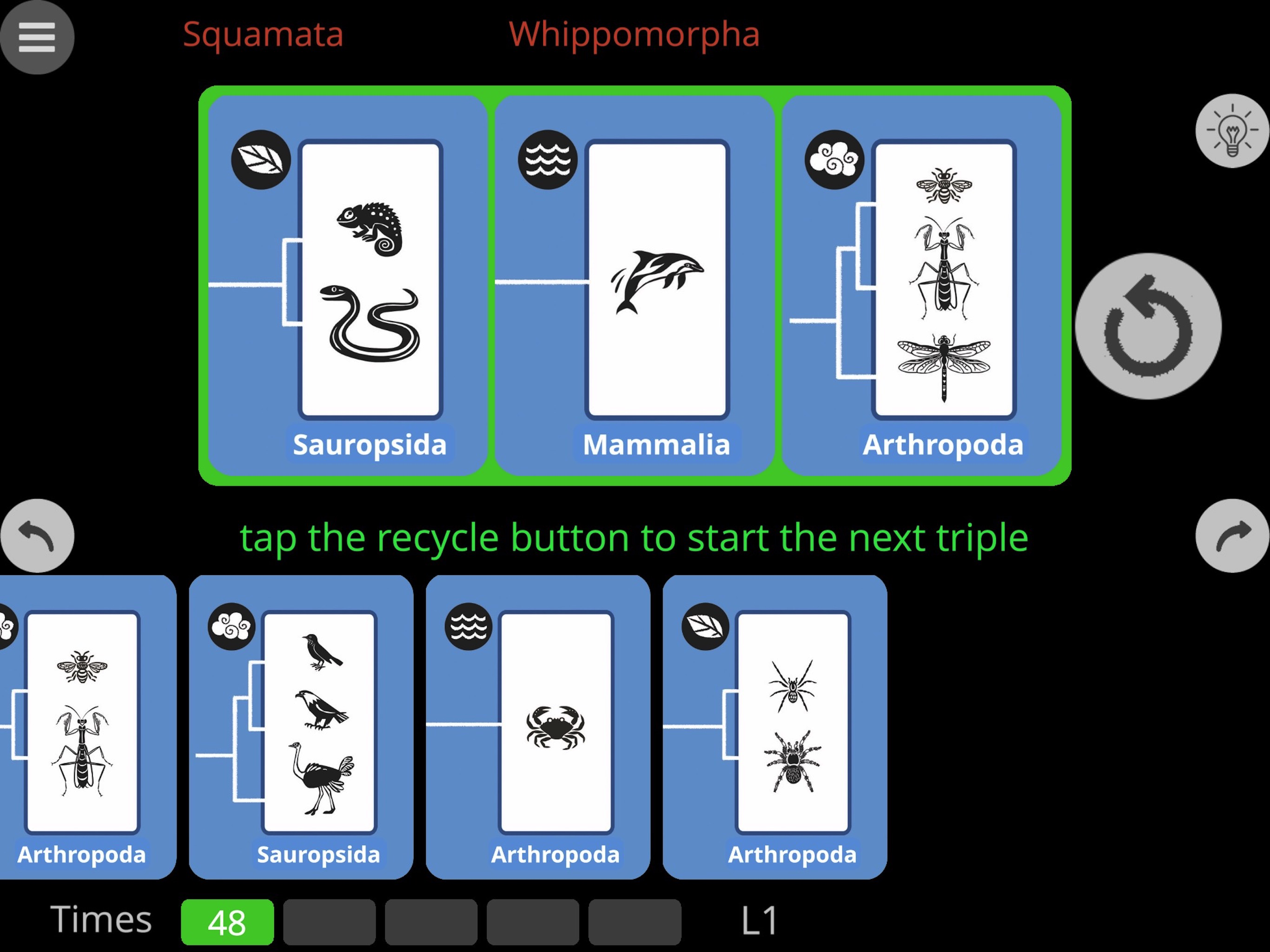 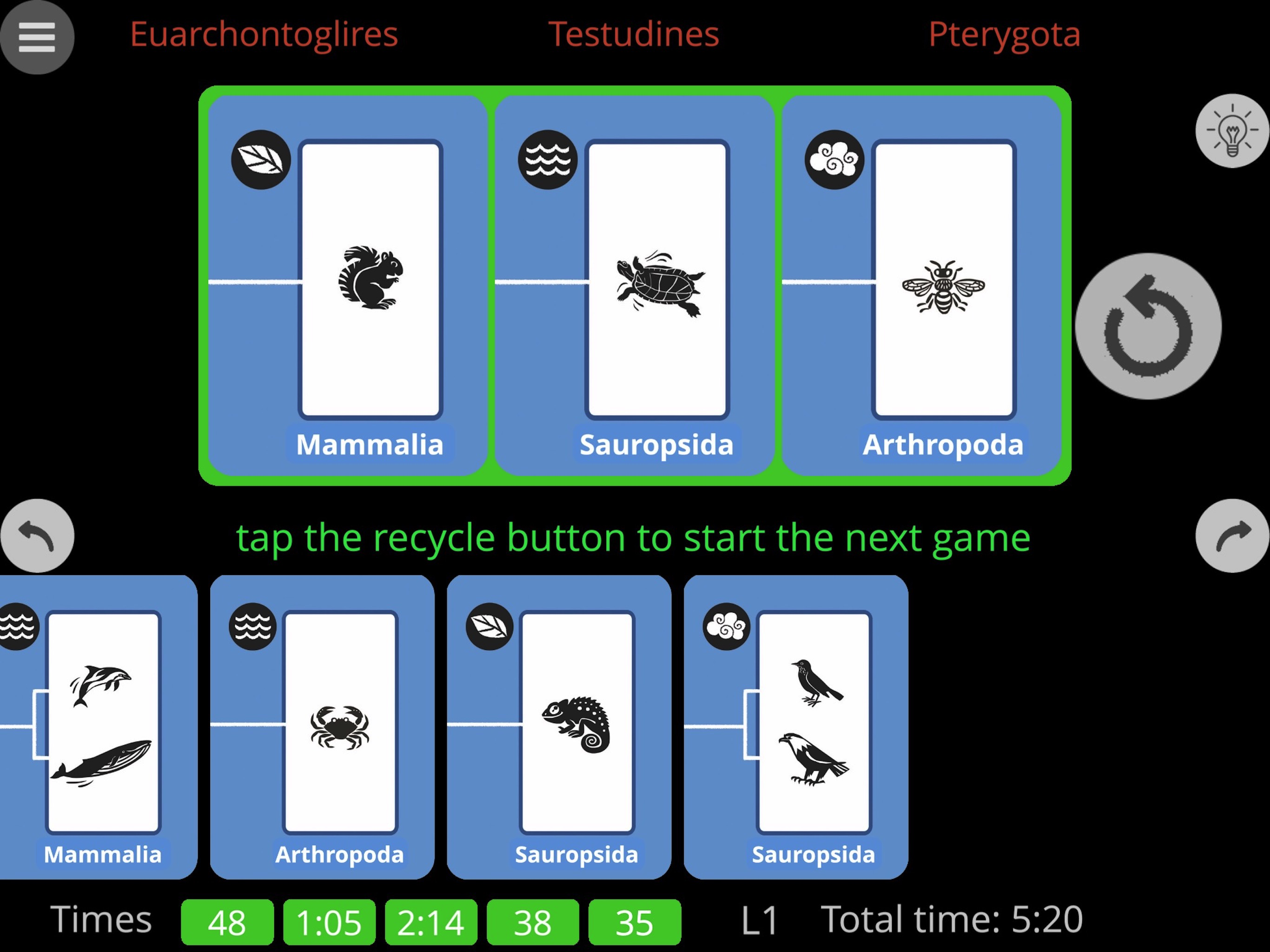 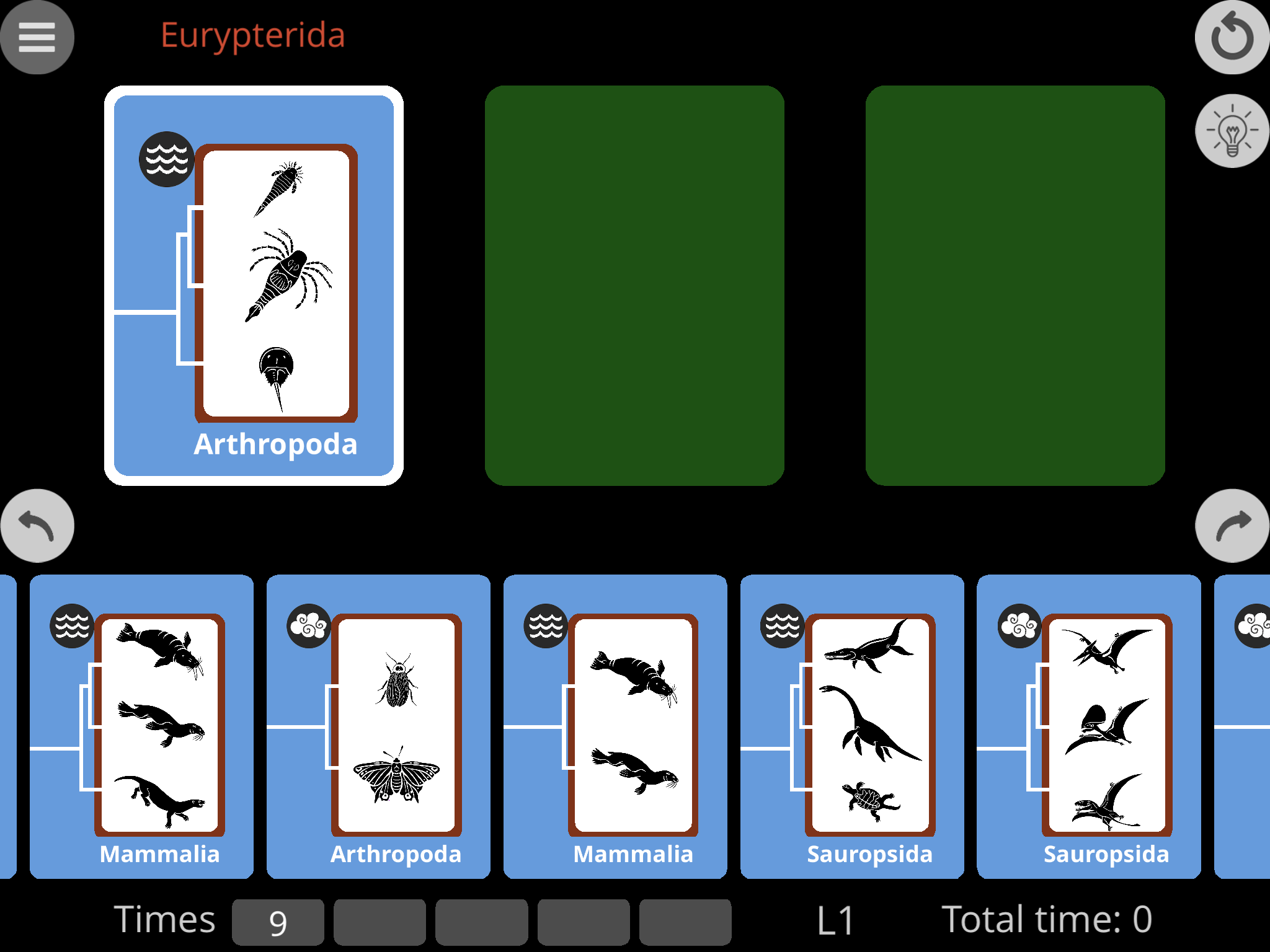 Now with dinosaurs and pterosaurs! 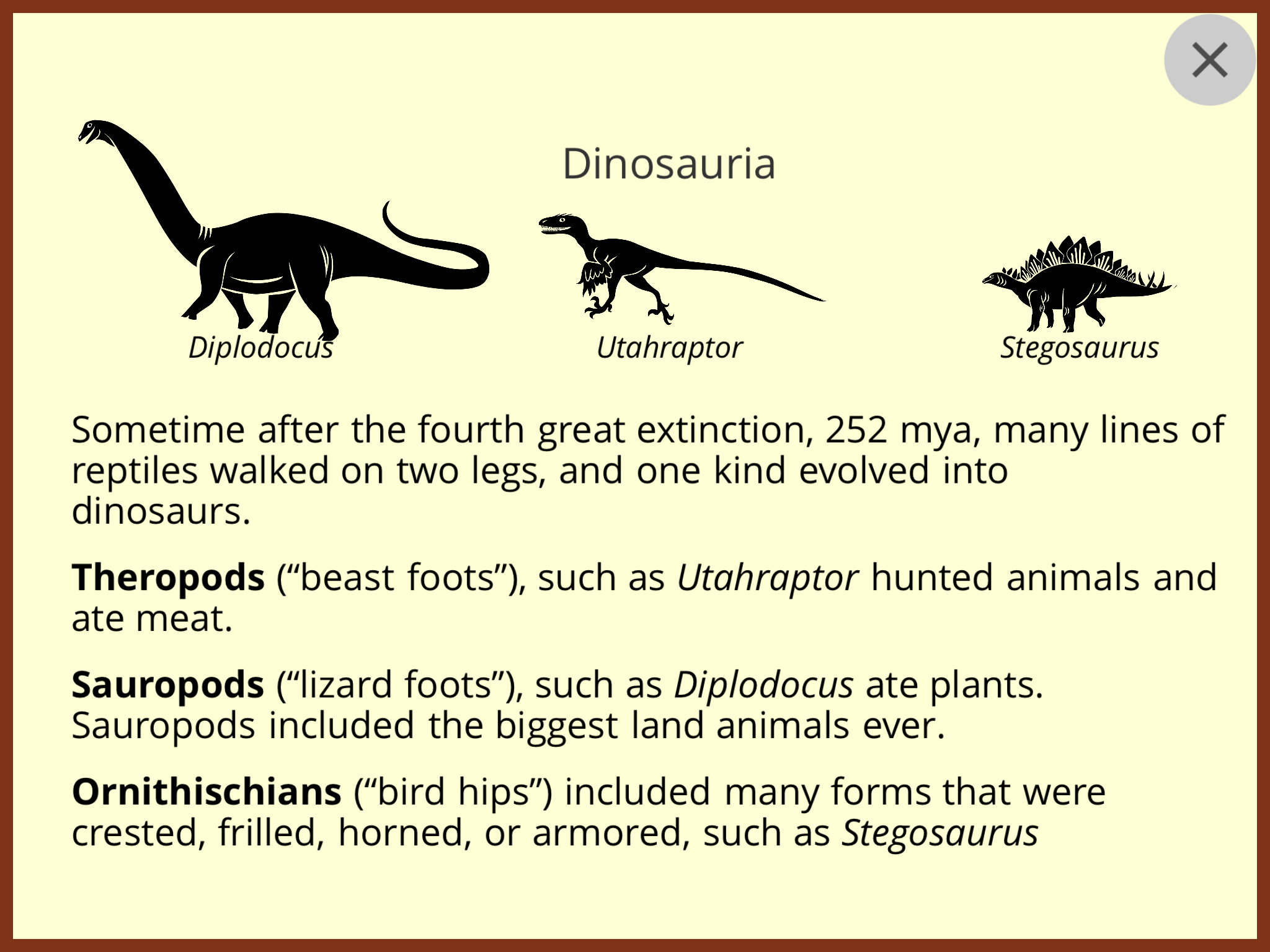 Descriptons are available for all clades. 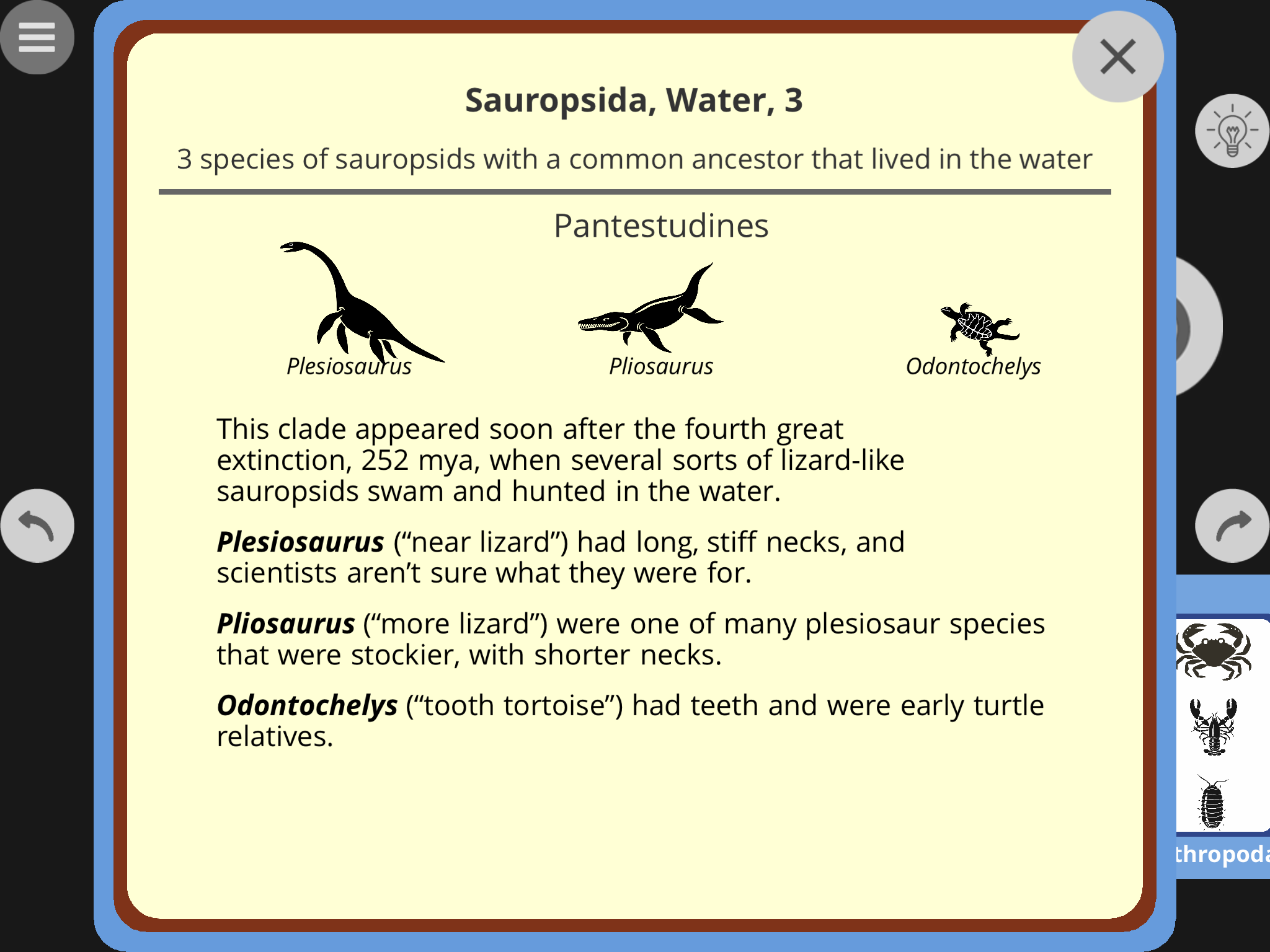 Descriptons are available for each card. 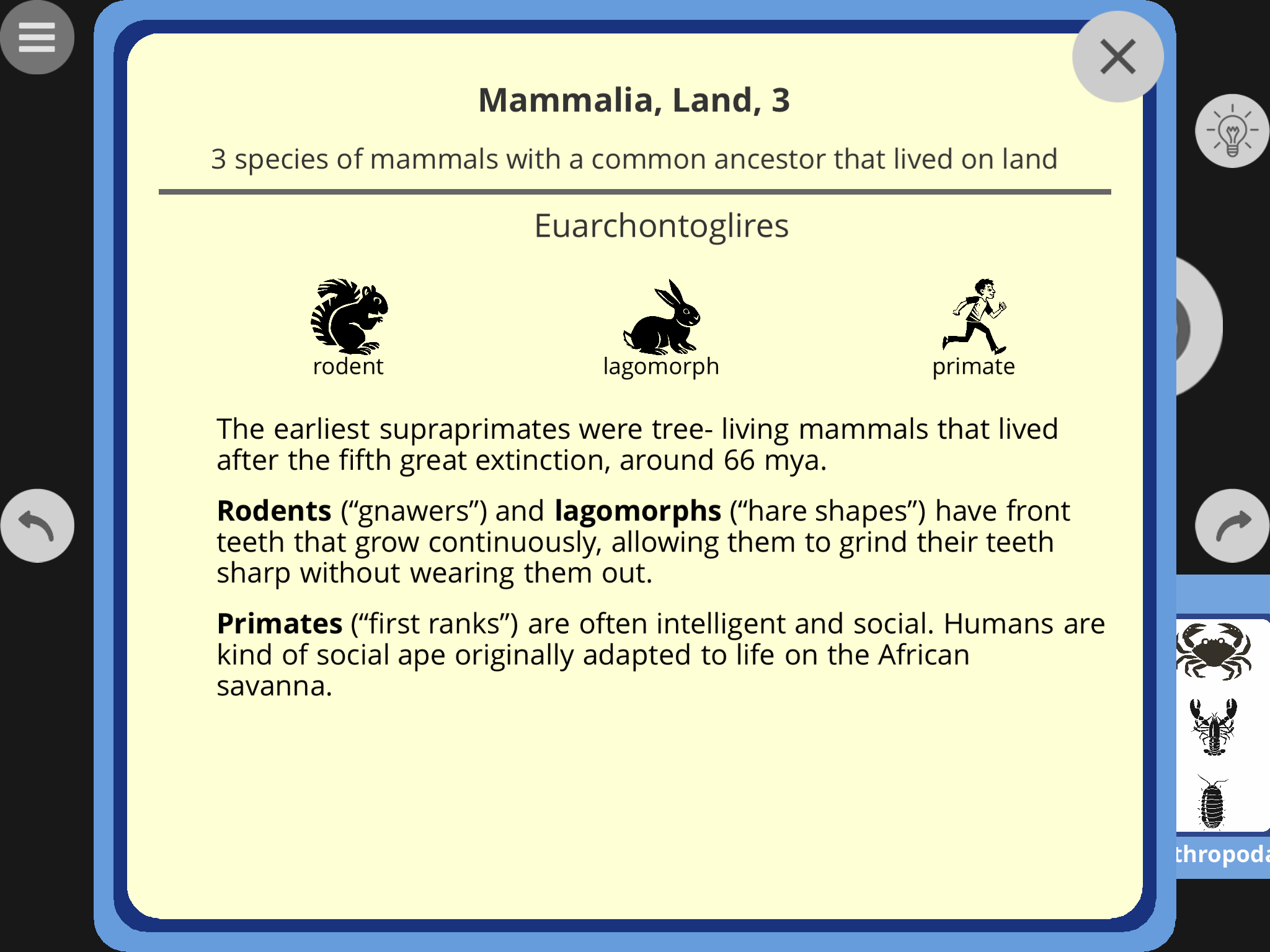 Descripton for another card.

“based on solid science” - John S. Mead, the Eugene McDermott Master Teacher in Science at St. Mark’s School of Texas

A short video showing how to play Clades Solo

What is a Clade?

In biology, a clade is a complete branch of the evolutionary family tree, that is, a single common ancestor and all of its direct descendants. For example, the clade of mammals comprises the earliest mammals and all their descendants. “Reptile” is not a clade because that category exclude birds, which descended from reptiles. The powerful concept of clades has revolutionized the way scientists classify living things.

Clades Solo is a card-game app that makes it simple and fun to learn about how all animals are related. The game features three major clades: mammals, including rodents, whales, and bats; sauropsids, including turtles, lizards, and birds; and arthropods, including crabs, insects, and spiders. The object of the game is to find a triple of cards that “match”, as quickly as possible, based on their clades, their ancestors, and the number of species represented on each card.

How Clades Solo Is Played

The game starts with one base card and 8 other cards. Each card depicts one, two, or three animals from one of the three major clades. In addition, the animals represent a smaller clade with a common ancestor that swam, crawled, or flew. A “triple” is three cards that have all three versions of each quality. Alternatively, the three cards also make a triple if one or two of their qualities are all the same instead of all different. 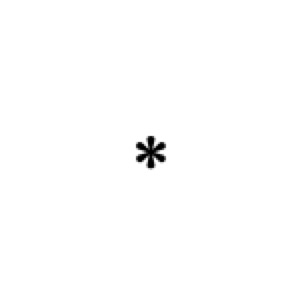 Features Get this app from your favorite app store (available NOW!)