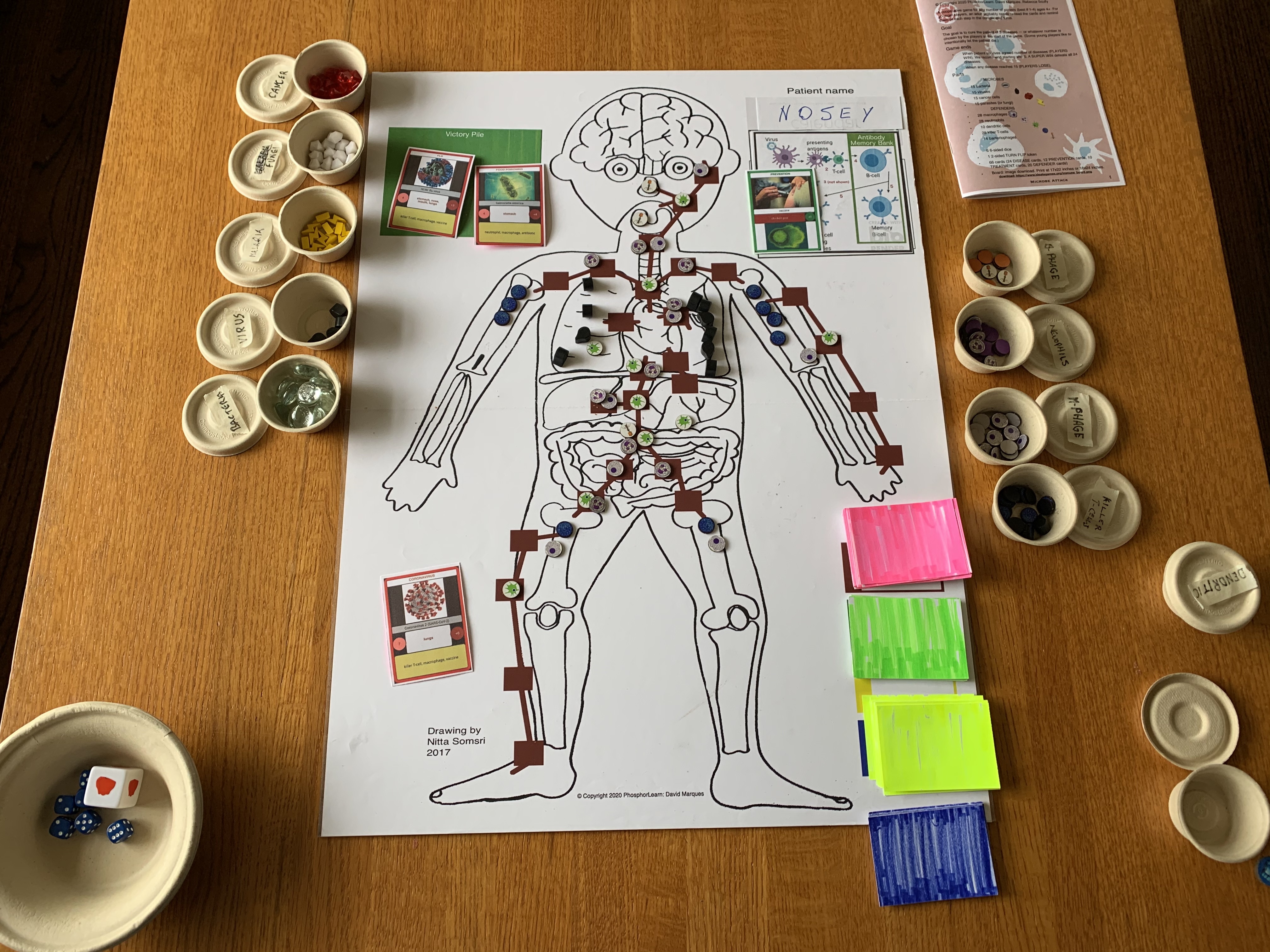 In the game Immune Force players experience the power and ingenuity of the body's natural defenses and the variety of microbial dangers it faces.

Each of the different microbes and immune defenses act in accordance with current scientific and medical understanding.

Concepts may be complex, but game play is simple enough to be fun for all ages.

Here are links to some current documents and images for background about the game.

The art needed for this game is described below, with current examples. The goal of the art is to make simple but appealing art for all the parts that have some common style. Target age range is 8-12 years, but should also be appealing to adults, not 'dumbed-down'.

Core: the cells of the immune system

The core art is the individual cell types of the immune system. They will be represented on individual small (1/2" -- 13mm) printed tokens (225px x 225px digital), but then also in a key diagram (see 'memory bank') and maybe in the rules booklet and box cover (your decision). The art of the same cell on all parts do not have to be identical, but should be recognizably the same cell types. That is, a T-cell on the token does not have to be the identical T-cell on the memory bank, but should be recognized as the same cell type.

Because the tokens are only 1/2", I assume those would be line drawings, but whatever you think will work well.

Each cell type needs a color that will be used on the back of the token.

The best way to get an idea of what the cell types can look like is to search for images of them. There are many many drawings of each type.

The immune system cell types are:

It is also worth looking at the icons at BioRender.com. They are simple but scientifically-valid images of most of those cell types, though the T-cell is poorly represented there. Here are also some sample drawings from Shutterstock that I like. 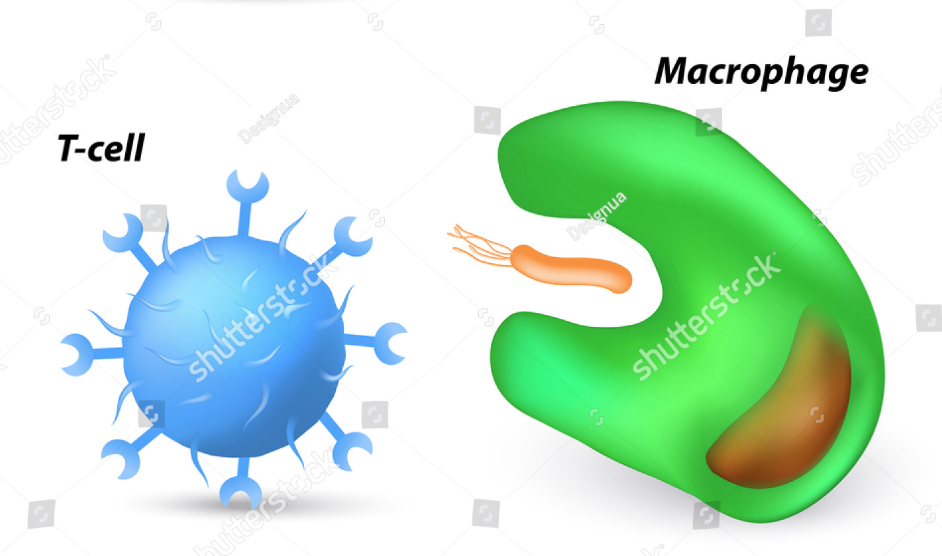 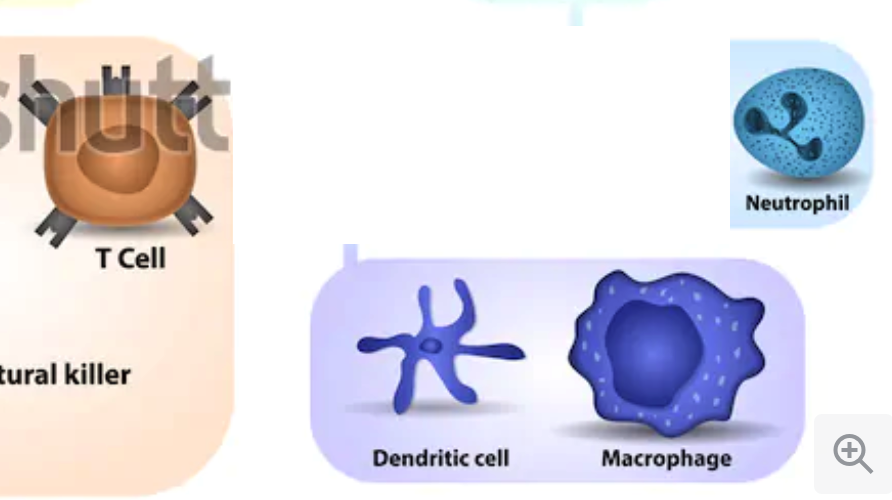 The board has a drawing in one corner of how viruses and bacteria stimiulate the production of antibodies. The drawing now on the board is good in its meaning, but needs to be re-drawn using the style used for the cell types above. The drawing is 5" (127mm) or 700px. It should be 700px x 600px to fit better. This image is a key one showing (simplified) how the adaptive immune system works. It is a technical image that has to be scientifically correct (as it is now), but can have style if it works and does not detract from the information.

There are 66 cards in the deck, using about 30 different images. Ideally they would all be redrawn to be the same style, but I don't think that is practical, so I have obtained rights to use the images shown. I will add them into card templates.

There are 4 card types. Each has its own color and can have its own style, but the 4 styles have to work together. What I need is 4 card templates, I will insert the bioimages. Here are some sample play-test cards to give you an idea.

There is one exception to re-drawing the bioimages. The image below I cannot get for commercial use, so I need it redrawn. Content is important, style and colors are your choice. 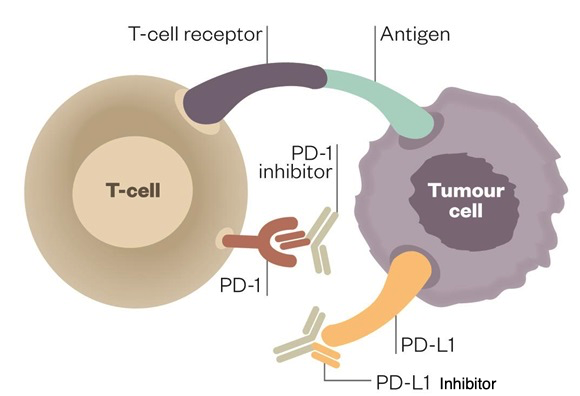 Background image for the rules

As the sample has now, the rulebook (5" x 8" -- 127mm x 203mm) will have an image in the background on every page (same image all pages). This can be anything giving the idea of the game, but at least should match the style of the box cover and memory bank. It will be reduced contrast so that the print stands out, as with the current example.

My current plan is to use the figure with the red squares as it is. The drawing is an original by a friend, and has been the board for over 2 years, it works well. The original is large (18" x 30"), but I have scanned and reduced and stretched it to fit into 17"x22" (43.2cm x 60cm) which is what the game manufacturer can handle, and is still large enough for the game pieces. I have the scanned image (just the figure and squares) as a psd file so I can overlay the three smaller parts.

There are 3 image overlays on the board, and these have to be created, though two I can do as simple color patches if we want. The first is the memory bank (upper right). That is the important one, and described above. The second image is the 'Victory Pile' which is just a place to put disease cards after the disease is defeated. There are no requirements for this, anything goes, even just a green box. The third piece, which is optional and might be removed, is the places for the 4 card piles. That works as is on the current board because the cards we have used for play-testing are small. But the cards for the final game will be full sized, so it is not clear if 4 full size piles will work in that space.